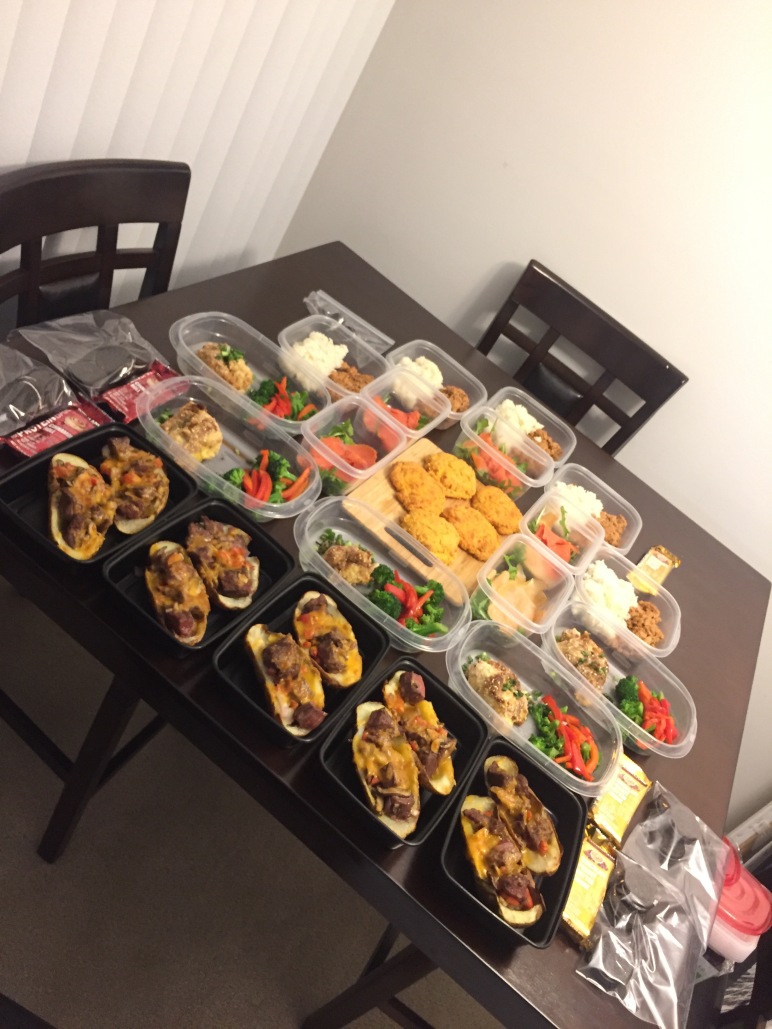 Well look who it is.

After what appears to have been a three-month hiatus we’re back in action. I don’t even know what happened, y’all, for real.

I felt kinda bad about it so I’m going to throw a lot at you at once.

Mostly good things, I’d say. I sucked at taking measurements but I know for sure I’ve added quite a bit of size to my arms, shoulders, chest and quads. While my waistline didn’t seem to be affected much, I still put on about 15 pounds, half of which I’d say was actually quality weight.

Toward the end of the bulk, I hit my local Nutrishop and got a body analysis done. I plan to highlight this whole process the next time I do it because it’s rad as hell, but according to that analysis, my body fat percentage ballooned up to 18% (the last time I measured I think I was at 14%). I also thought I had gained 20 pounds, putting me at 220 pounds but in reality I was sitting at 215. This is important to remember.

It’s also important to remember that my analysis stated that my arms had 30% higher muscle mass than necessary. I said “You’re damn right!” but I’m now thinking their system needs to be re-calibrated. I’m thinking at least 35%, yeah?

So the bulk program was finished — what do you do now? Good question.

What Are we Doing Now?

Cutting. That’s what we’re doing. I’m not super concerned about my weight, really, but I am definitely wanting to get my body fat down to at least 12% if not maybe lower. I looked back at an old post here and saw I had a goal this year of getting to 199.9 lbs (or lower) so my original goal of 200 pounds is now 199.9. I’m already kind of killing it because I set a goal of “lose 20 pounds” when I thought I weighed 220. After weighing 5 pounds less than I realized, then losing 4 pounds of water weight and 1 pound of fat, I’m currently 210 pounds and halfway to my goal after one week.

That’s the key, y’all. Set your goals based on a weight higher than you currently are and you’ll blaze through that shit.

(Seriously, though. Don’t do that.)

So How are We Doing It?

I’m doing my cut with a 1,000-calorie deficit and assuming I weigh 220 pounds (this will change next week). My macros currently look like this:

In addition to trying to hit these macros, I’m experimenting with intermittent fasting where I fast for 16 hours every day and eat for 8. I plan on doing a full-on post about IF when this cut is over and I can give a full report on how it treated me but after a week I can say that it’s not been as hard to follow as I thought it was going to be. It’s only difficult to try to fit in 2,700 calories into an 8-hour window when you factor in gym time, office work and not eating (much) junk food.

This week my meal plan includes: 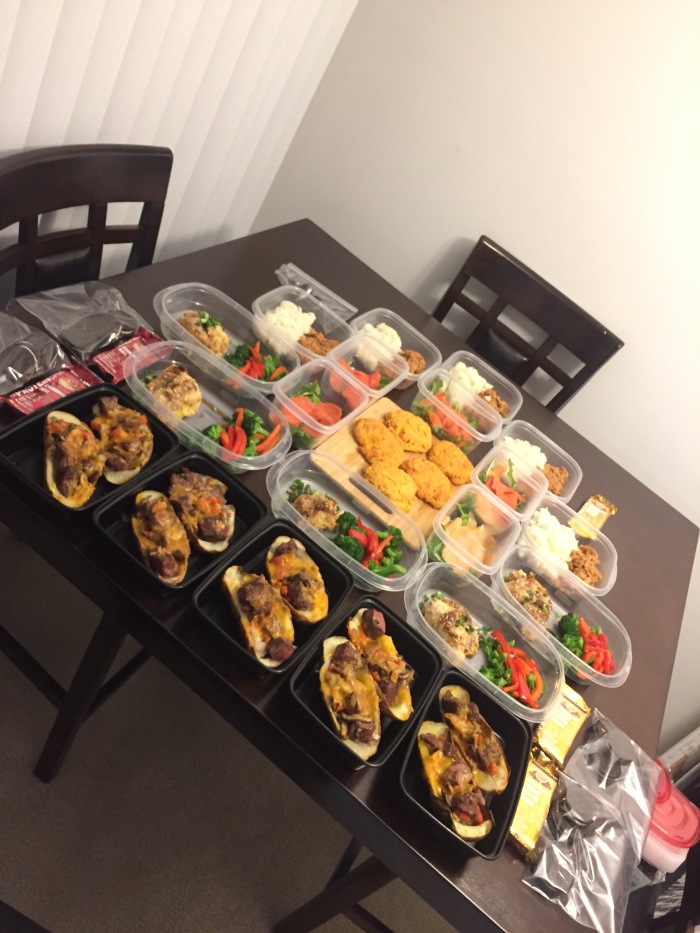 Two things: 1) Yes, that IS a lot of food to eat in an 8 hour window and 2) No, I’m not following a Keto diet so don’t ask. Those recipes just looked nice and were macro-friendly.

If you want to see how I make my meal plans, you can either ask nicely or hang out for a bit until I detail the process in the blog.

So You’re Cutting — That Means You’re Restricting Calories and Doing All Cardio, Right?

I’m still doing cardio, yeah. A lot of it, in fact. Lately I’ve been putting in 4-5 classes per week at TITLE Boxing Club but I’m also running three days a week. I decided that since I hadn’t ran since September 2017, I would be better off taking it slow and easy by starting with Couch-to-5k again and working my way back up to half-marathon distance so I’ll be ready when a planned race comes around in December. I’m currently a few weeks into it and it’s going really well. Not as hard as I was afraid it was going to be but I can definitely tell I haven’t been running, let’s just say.

And contrary to popular belief, since my focus is body fat and not really weight, I’m lifting MORE than I was. I’m back to doing a four-day split (Legs, Chest/Shoulders, Back/Core, Arms) and it’s pretty intense. I’ll continuously be changing the split but for the next two months I’m sticking with this and seeing where it takes me. My goal is to continue building muscle while using cardio to rip 8% of my body’s fat away.

I’ll detail each day of my split in its own post soon. Hopefully.

I hope to accomplish two things with this cut. The first is obvious — cut my body fat. That’s a no-brainer. We’ve already talked about it.

The other, though, goes a little deeper. I joke about how I go sleeveless any chance I get and I sometimes get a little flexy but aesthetics are not my priority*. When I share my goals, my plans and my progress photos, I’m not looking for pats on the back or compliments. I’m not looking for critiques or anything like that, either. Rather, I’m hoping to provide some kind of example to someone out there that needs it. I’m one of millions of voices out here talking about fitness but I’m hoping my voice is able to help one person “figure it out.”

What’s it, exactly? Finding a program, learning nutrition and plugging the fuck away at it. It won’t be perfect. You will mess up. But you fix it and you keep going forward. You also break the rules. Paleo says you can’t do stuff. So does Keto. So does Primal. So does any other trendy diet philosophy. But we don’t diet here. We educate ourselves, find what we like, determine if it helps us achieve our goals and we set out to achieve them.

And we’re not obsessive idiots about it.

*Not that there’s anything wrong with aesthetics, really. I’m a big fan of them, they’re just not my focus and they shouldn’t be yours, either. I think if we’re being honest, though, they’re one of the biggest reasons we pursue a healthier version of ourselves. May as well embrace it.

Anyway. Enjoy your week, freaks. Since it’s relevant, here’s a photo of me doing curls that’s just dripping with aesthetics.